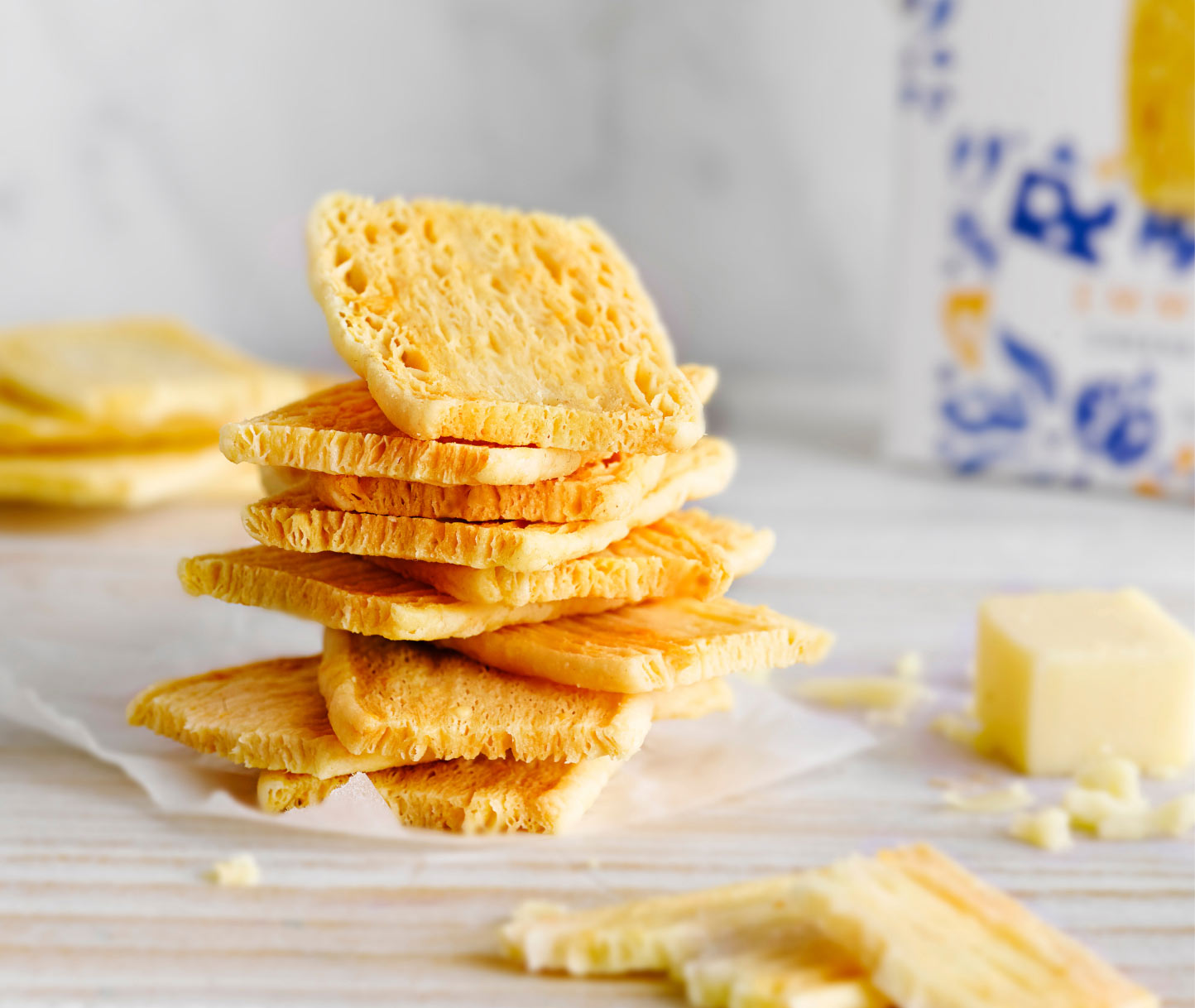 They all know that ROKA cheese snacks have an excellent unique flavour and texture. The unique taste comes from the high percentage of real matured cheese which is used. The texture is really unique because every single biscuit is made from refined puff-pastry, consisting of 90 layers (45 layers of dough and 45 layers of cheese).

Our Crispies are still baked according to the original recipe created in 1949. Ever since, ROKA has continued to focus on making the finest quality cheese biscuits, made from the best ingredients to create those special moments of indulgence.

The company ROKA was founded in 1949 in Delft (the Netherlands) by Jo Roodenrijs. The name ROKA comes from his family name ROodenrijs and KAastabletten (which means cheese crispies). Mr Roodenrijs was the real creator of the unique Cheese Crispies. He always strived to deliver the best quality to his customers. KLM Airlines and the Holland America Line were some of his most famous customers.

The sales of these supreme delicate Cheese Crispies was so popular that the factory in Delft became too small. The Roodenrijs family decided in 1984 to move 140 km north to Emmeloord, a new town in a polder, land reclaimed from the IJsselmeer which was part of the sea before this. Here in Emmeloord they built a completely new factory.

In 2002 the company was sold to Wim Bontje, who already had had a very successful career in the cheese industry. Wim invested a lot in ‘state of the art’ new production lines respecting the original recipes and production process. 2016.

In 2016 the company was acquired by Peter Destrooper and Wim Van Roy, who both had a long and fruitful career in the biscuit industry before this. 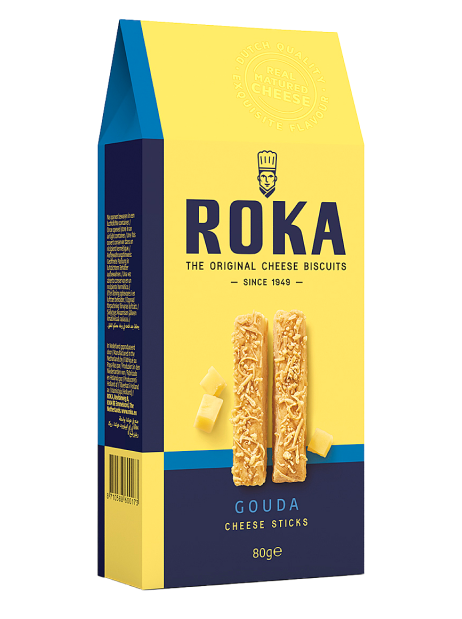 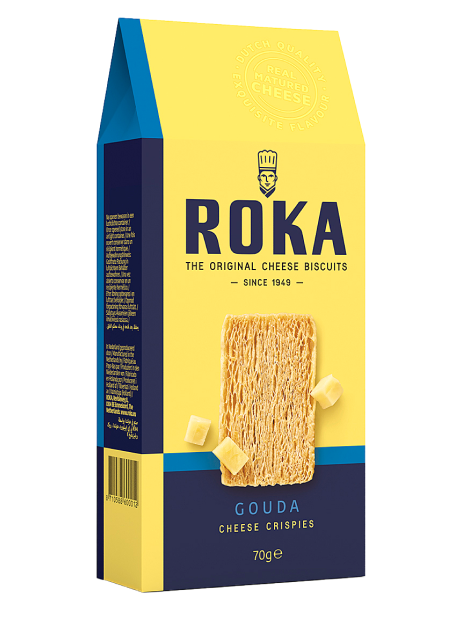 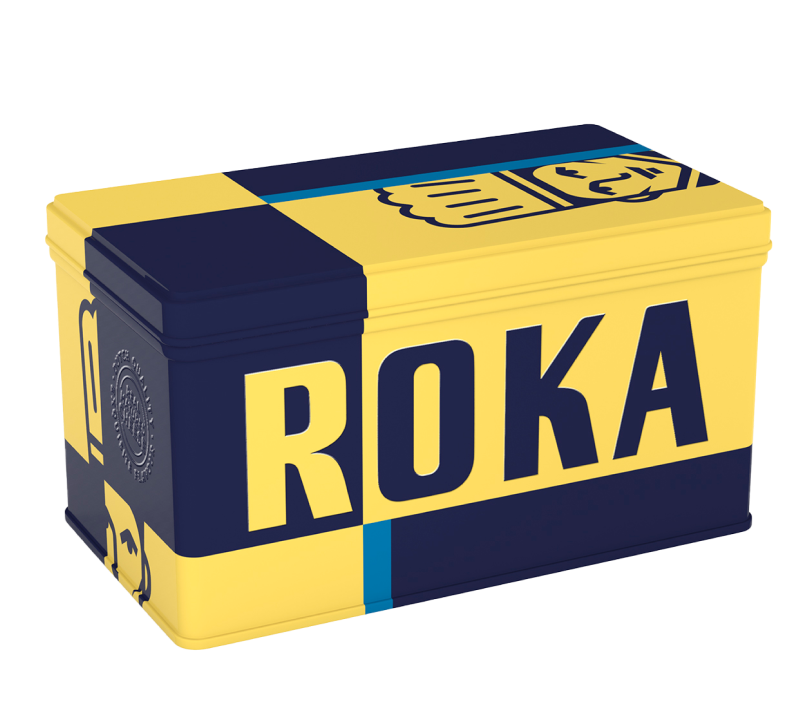 The ROKA biscuits are packed in a very attractive packaging, inspired by the original tins from 1949 and the pieces of art of the famous Dutch painter Piet Mondriaan (1872-1944).

Some people even think of the Dutch tulip fields when seeing the yellow and blue boxes with the vivid colours. We have several packing options for every specific segment of the market. 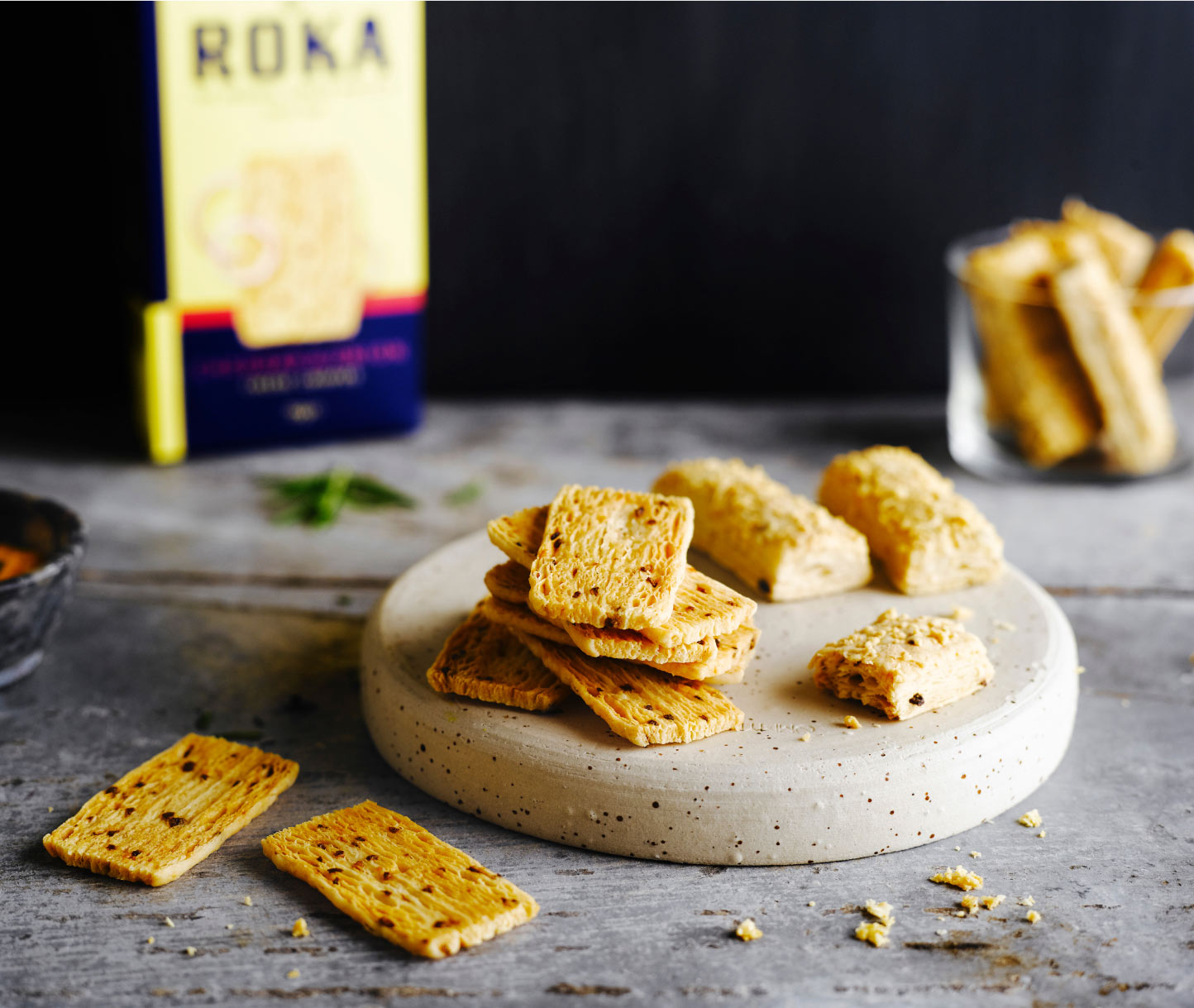